With the success of the Rosetta Stone software, I sometimes wonder if the same approach to learning a new language on your computer could be applied to an iPhone application. Something that Rosetta Stone attempts to leverage as the difference in their teaching method is the software’s activities that teach the user to associate images and sounds with words and phrases. In this manner, people create associations between those objects and the words that describe them in another language. It is a method modeled after the way we learn naturally, and one way that some people say that we learned our first language(s) as children.

After using the smart.fm app and enjoying it…for what it is, a good looking flash-card style learning application, I have to say that there is certainly an opportunity for a full fledged language learning application to be developed.  Don’t get me wrong; I really enjoy the smart.fm app.  After all, it does what it is suppose to, and it also syncs with your smart.fm account on the website.  This can help you to keep progressing from anywhere, and not only while sitting in front of your computer, but even at a bus stop or during a lunch break.  There are other apps for the iPhone that were suppose to act as “unofficial” smart.fm apps, but they simply downloaded temporary states of your account so that you could see lists and interact with them, but any progress you made in completing the lists were not saved to your online account.

If I were developing the Rosetta Stone app, I would keep certain core aspects of the popular language learning software, but I’d also have to admittedly have to trim some elements in order to make this application small enough to run seamlessly on the iPhone platform.  There would certainly have to be a Rosetta Stone app with smaller packs or patches that you could download within the application.  These packs would be the individual language levels.  Unfortunately, these packs might have to be charged on a separate basis for each.  But in this way, you could buy the app for, $5 – $10 and then buy individual language packs for $4-10.  Those prices are completely unreasonable in the eyes of Rosetta considering they charge hundreds of dollars for the computer software, but regardless, you get the point.  The prices would be set proportionately so that the application was a certain price, thus allowing add-on language packs to be downloaded separately.  I’d move to say that charging in this way would lead to more sales as people would be willing to pay for what they want to learn, versus having one big application that has all the languages and also is too expensive.  After all, one couldn’t do much with just the application.  Once you have the app, you’ll have to buy more language packs to continue progress in your language of choice.  It is the same pricing structure that many technology companies use for their items and accessories.  Think about printers. Printers can often be cheap, but once you buy one, you will have to buy a lot of ink cartridges…it adds up.  At that point, the printer was a one time purchase that leads to continue smaller purchases; the emphasis is on continued…much better for the bottom line.

Another advantage to splitting up the Rosetta app and the language packs is that it would lighten the apps initial size. One would download the app and supporting language pack of his/her choice and thus it would smaller than an all-inclusive language application. But here again, what if it were possible that in buying a language pack, you weren’t necessarily buying a pack to download, but more so buying access to an online set of activities. Here, you’d never have to download the packs, which would take up valuable space on the iPhones, but instead, could access a directory of language activities. Then, like the smart.fm application, it could keep track of your progress.

Anyways, I’d be game to download a Rosetta Stone iPhone app and try it out.  Here are some of the features that I’d look or wish for:

. Reading, Listening, Speaking comprehension exercises
. Clear voice recordings
. Making use of the iPhone headphones with built-in speaker – to allow for speaking input
. A way to slow down the voice recordings in order to hear tones, pauses, and stresses (basic intonation)
. A community forum  for students of the same language & a general Rosetta Stone forum
. Downloadable language packs and extra learning activities
. Offering a rebate package of the Rosetta Stone iPhone/iPod application and the computer software 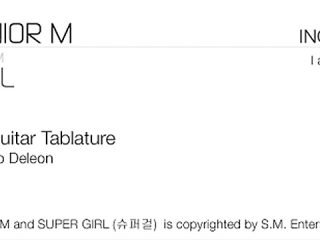